How amount of RAM do you really need?

Is the amount of RAM an impossible question to solve? The necessary amount of RAM for our daily needs is an issue that has become almost mystical in the manner of the Holy Grail. Everyone gives their opinion and it goes from good answers to pure bullshit. Despite the fact that technology and hardware have changed, we realize that the issue of AMR has never been resolved. But we could summarize by one sentence:

No, it’s not because you have more RAM than your machine will be faster.

Today, an entry-level PC comes with 4GB of RAM. Mid-range PCs have double that, while high-end PCs have 16 GB and more.

Many people assume that adding an amount of RAM speeds up their PC and this is true in most cases. But this extra RAM is not going to increase the speed your CPU is handling system code, but RAM can relieve the CPU on some aspects, especially on PCs that have 2GB of RAM. And that’s the whole problem of these questions, because all the ready answers on the fact that we never have enough RAM comes from the old days when most PCs had 2GB of RAM.

And when we know the lightness of Windows, these 2 GB of RAM were absolutely not enough. And when the RAM was exceeded, then the system used what is called virtual memory. 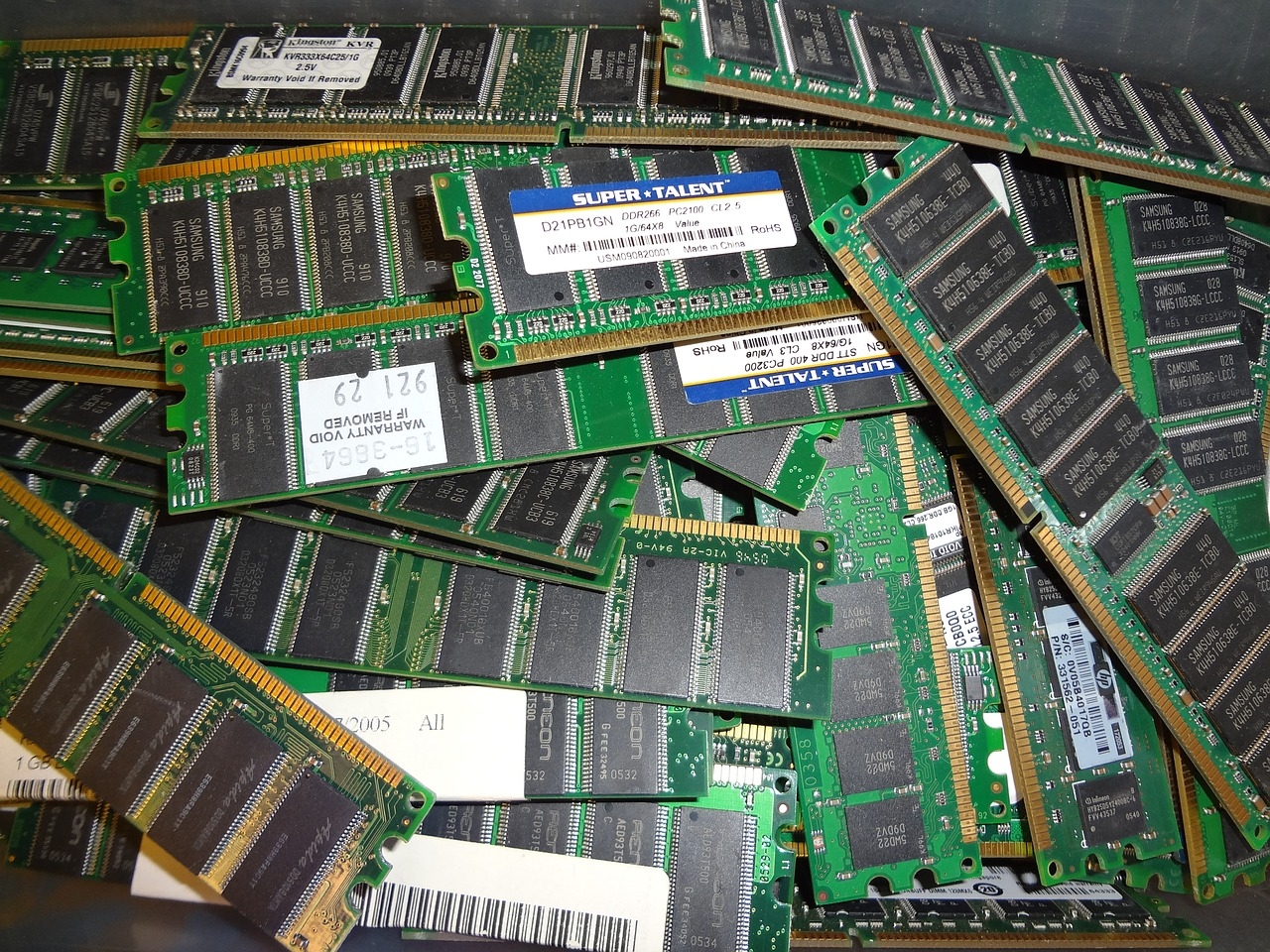 Virtual memory is a file on your hard drive that behave as a temporary storage when the physical RAM of your PC becomes saturated. For example, virtual memory could run applications that consumed a lot of resources even if all available memory had been used.

When using these applications, Windows would exchange the data on this special file as needed. And when the physical RAM returned to its normal state, Windows put the data back in the special file. This movement back and forth has often called this memory as Swap memory.

Note that Linux also uses this technique. On Windows, this special file is named pagefile.sys or swapfile.sys depending on your system and it is located in the Windows or system32 directory. It is part of the hidden files.

This Swap process slowed down the machine because, in the past, PC were using mechanical hard drives. And we ended up with PCs that crashed completely, because the PC was no longer following the candence of applications, Swap or not Swap.

In fact, all those who had a Windows XP PC between the late 1990s and 2000 had this crappy PC crash problem because of insufficient RAM. At that time, most of the OS were 32 bits and even if they can technically manage 4 GB of RAM, the RAMs were much more expensive than today and that’s why we have all these items that informed us about the amount of RAM needed.

The amount of RAM needed is ancient history

This rule that one must always add more RAM disappears gradually. Today, we have at least 4GB of RAM when buying a new PC and Windows no longer needs to play Fedex with the Swap memory of the hard drive. And even if he needed it, let’s not forget that hard disks have become more efficient and faster than with the SATA standard and of course the SSD standard.

Indeed, one of the characteristics of the SSD is that it has no problem to read a Flash memory while writing in another flash memory and this removes the concern for the slowness and crash of PCs. But despite the performance of the SSD, it will still be slower than a real RAM bar. The fastest SSD has a transfer rate of approximately 600 MB / s while a DDR3 RAM card at a frequency of 1333 MHz can transfer 10 GB/s. 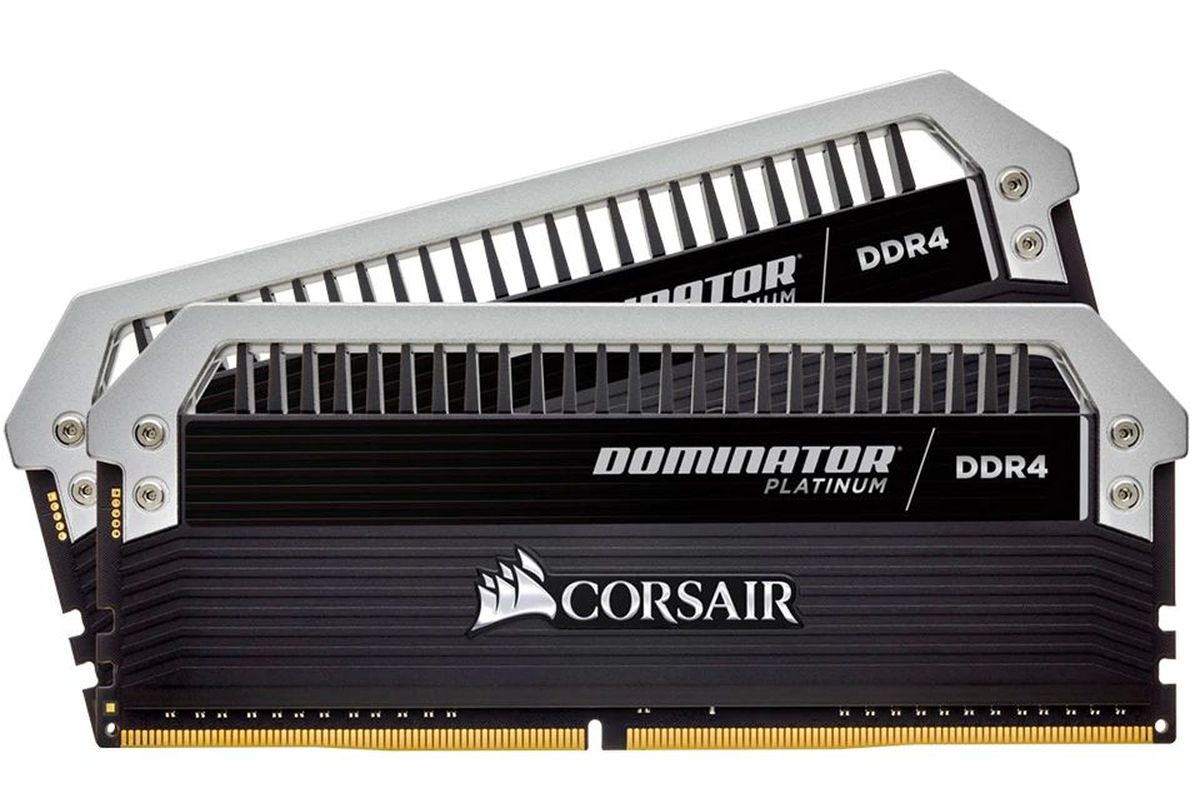 All that to say that your 4 GB of RAM is quite sufficient to manage your system and your applications. But that does not mean you do not have to increase your RAM anymore, just that it’s not as crucial as it used to be. Additional RAM will still be needed because of a feature that has arrived in Windows Vista.

Called SuperFetch, it tries to predict which applications you use frequently to load directly into RAM when your computer is idle. Thus, when you wake up the PC, applications launch instantly. But sleep mode can become a problem when you have too much RAM. Activation will take time because the system will have to process all RAM.

In a test called Windows by the Benchmarks sites, several dozens of windows are opened and closed to measure the reactivity of the system. In the PC with 2 GB, Windows must often use Swap memory while the Multi-Apps test shows us few differences between the performance of 2 and 4 GB of RAM. But it also shows us that beyond 4 GB, the extra RAM is of little interest.

Note that these Benchmarks only concern the SuperFetch and not the actual use of these applications compared to the required memory.

It’s all well and good, but how much RAM do I really need?

SuperFetch uses all available memory, but it’s smart enough to use it only for applications that you use frequently. Therefore, it is not necessary to stuff his PC with a lot of RAM, because it will not accelerate his performance. For example, I saw on other Benchmarks that the difference between 4 GB and 8 GB of RAM was about 3%. Is it really necessary to spend his money for 3% shit ?

The most important criterion for choosing the amount of RAM is to achieve optimal performance while avoiding spending on RAM that will never be used.

And the answer is that it depends on your industry, but especially if your work will evolve in the future. Therefore, you should not buy your RAM based on the overall need, but rather measure the amount of RAM for each scenario that you will encounter in your work.

And we can measure the amount of RAM needed with the performance measurement tool in Windows. This is one of the tabs in the task manager. And in this monitor, the most important value is the allocated memory that represents the total RAM that was used while you were using your system and applications. This includes actual use and not the SuperFetch cache that automatically empties when the real program requests RAM.

The graph below shows the amount of RAM needed on Benchmarks made in a Dell PC with 4 GB of RAM and Windows 8.1. 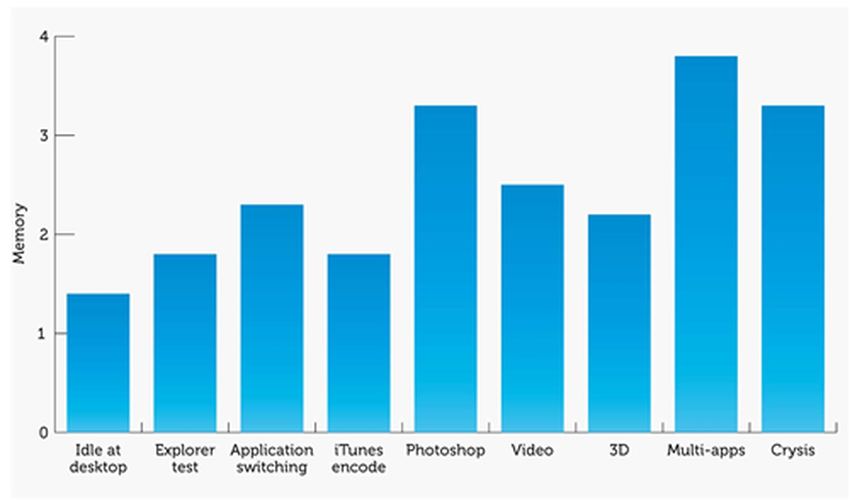 The graph shows that the system exceeds the 3 GB of RAM allocated in the most resource-intensive applications such as Photoshop and the use of several applications at the same time. The Crysis test is about 3D and Benchmark games and we see that it does not even require all 4 GB of RAM.

As a result, even if you launch multiple applications simultaneously, you will never need more than 4 GB of RAM. This means that Windows will no longer need to go through Swap memory, and even if you add more barrettes, you will have a rather modest performance improvement.

But you can afford 8GB of RAM if you want it. Because some applications require a lot of RAM in some cases and we can mention the processing of videos in very high resolution or when you have opened 20 tabs in your browser. Similarly, it is difficult to add RAM in Laptops and if you plan to buy one, then it is better to target 8 GB to be quiet in the future.

It’s just shit marketing so you can pretend you have the bigger one. This is the same technique used for Quad-Core Smartphones and other shit. You will always be encouraged to buy for the fastest components, but that does not mean that your PC will be faster.

In fact, very few applications will require 16 GB of RAM unless you are in a very specialized area such as processing huge databases or very high resolution video that you will produce every day.

RAM is the main problem when playing Minecraft, because Minecraft is coded in Java and Java handles RAM in the same way that Saudis manage freedom of expression. Java is not very smart. And when he sees RAM in a system, he eats all of it without worrying if he really needs it. If you play Minecraft with 8 GB of RAM, you will see that your PC will slow down more than anything else, because Java will use all 8 GB and Windows and other applications will only have their eyes to cry.

It is necessary to say explicitly the amount of RAM that Java can use with parameters specific to Java. It can be done via the Minecraft launcher, but it is very poorly coded. And if a video game tells you that it needs 6 GB of RAM, then throw it in the trash, because that means that the developers have very poorly optimized.